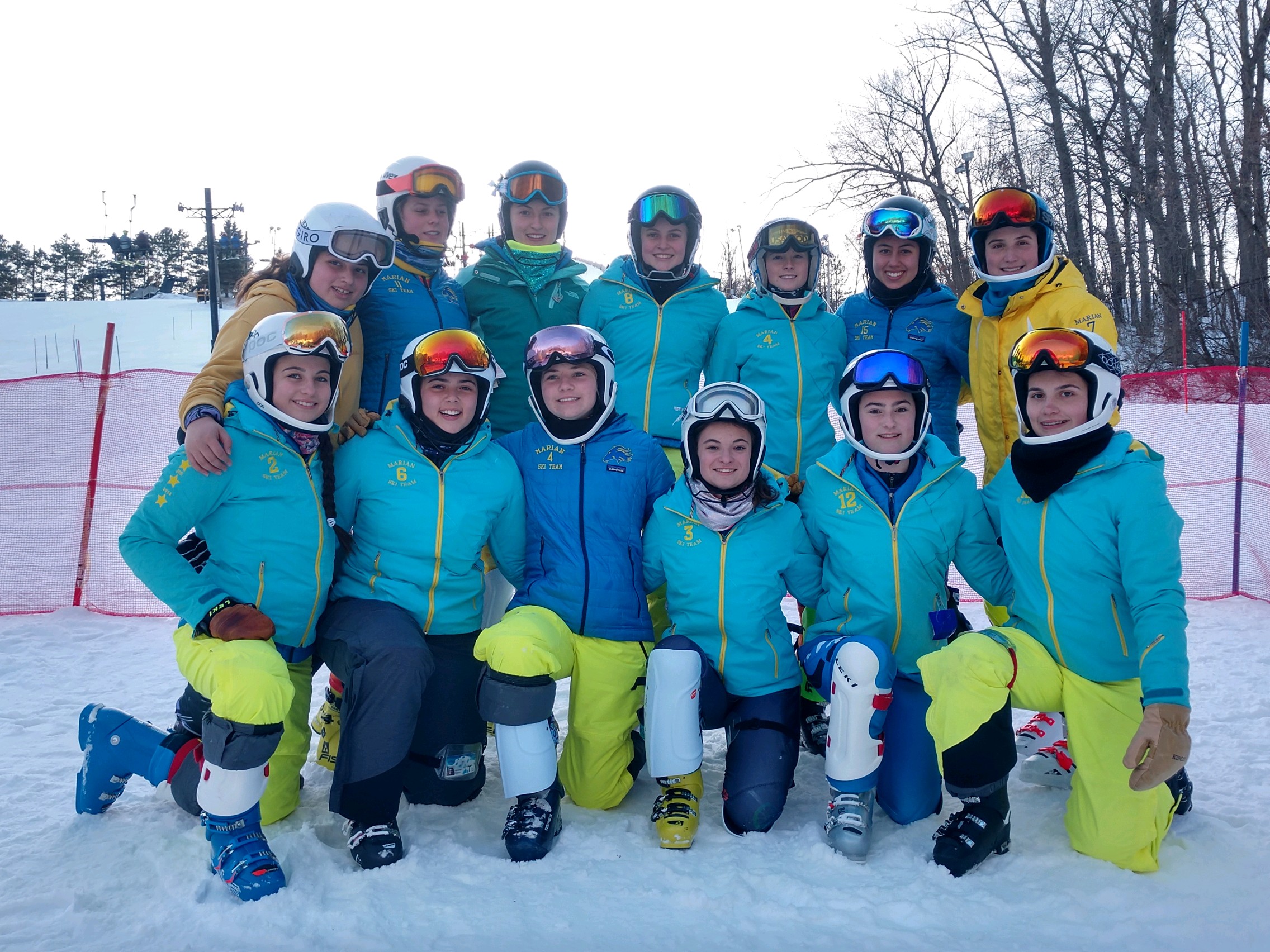 The Mustang’s show strength in GS for the second half of the duals meet against Sacred Heart and Walled Lake Central.

Marian is now 3 and 1 in the division.

Mustang’s JV squad controlled the race to remain undefeated. Sophomore Brynn Fullerton won her fourth race in five tries. Freshman Allison Day took second place for her sixth time in six races. Emily Day, sophomore, was 4th overall. Cera Mlotkowski, sophomore, in her second day back on snow was 5th. Sophomore Bleu Borromeo was 7th and Alaina Nofar had an unfortunate DNF at the end of what should have been a good run.

The Mustang’s travel to northern Michigan to compete in the the Pintail Invitational against Harbor Springs and Petoskey on Saturday at Nubs Nob.